Orthodontist Tips for Choosing Between Braces or Aligners 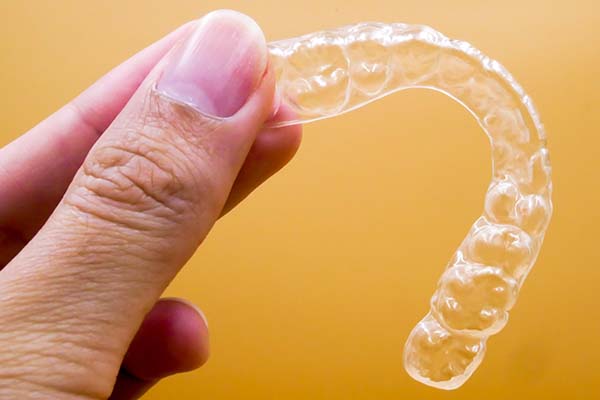 An orthodontist might recommend devices like braces or clear aligners to help straighten your teeth. Both of these appliances work by applying a gentle, constant force on teeth, slowly moving them to a better position over the course of your treatment. Orthodontic issues are pretty common, and the American Association of Orthodontics states up to 75% of people in the U.S. need some form of teeth straightening treatment.

Poor teeth alignment ruins the appearance of your smile, and it makes you more vulnerable to tooth decay and gum disease since they are harder to clean. It can also cause problems chewing or speaking.

Braces have been around for centuries, and they remain one of the most effective ways to address poor teeth alignment. These appliances are made up of two primary components: brackets that are cemented on each of the patient’s teeth and wires that connect the brackets on each dental arch. Tightening these wires increases the force applied to the wearer’s teeth.

Historically, the most significant complaint people have had about braces is their poor aesthetics. Having a bunch of metal and wires attached to anyone’s teeth ruins the way their smile looks.

Clear aligners are only a few decades old, and they were developed as a solution for metal braces. These aligners are transparent rigid trays that apply precise forces to the patient’s teeth. The patient gets several sets of aligner trays at the start of their treatment that work as a relay team. Each set of aligners are worn for about two weeks, then swapped out with another set. By the time the patient is done with all of their trays, their teeth should be in the targeted position.

Some of the things patients should consider when trying to choose between braces and clear aligners include:

People who prioritize how their teeth look might be better off with clear aligners. These restorations are virtually invisible in the patient’s mouth, so people the wearer interacts with do not even notice they have anything on their teeth. They get to show off their teeth as they move towards an improved alignment.

Metal braces take over the wearer’s smile since it is impossible to miss when a person has a bunch of metal cemented to their teeth. Less conspicuous types of braces like clear braces provide a better alternative. Instead of metal brackets and wires, these braces come with tooth-colored brackets and transparent wires. They are not virtually invisible like clear aligners, but they are a lot less noticeable than conventional metal braces.

Clear aligners are removable devices that need to be worn for at least 22 hours daily. Children and some adults might struggle to keep up with their clear aligners for up to two years. Braces are fixed in place once attached, so that is not an issue.

Check out what others are saying about our dental services on Yelp: Orthodontist in Chatsworth, CA

We can straighten your smile

Ready to address your teeth alignment issues? Call or visit our Chatsworth clinic to set up an appointment with our orthodontist.

Orthodontic treatment can be done for people of all ages, but it is recommended that it be done earlier on in life. There are a few good reasons why dentists and pediatric orthodontists tend to advise their patients on this, but it also doesn’t mean that it’s impossible to do as an adolescent or adult.There…

An Orthodontist Shares Reasons Clear Aligners May Be Right For You

With each passing year, more and more people visit the orthodontist. For decades, there has been a perception that orthodontic treatment should only be done on children and teens, but this is finally changing. Advances in orthodontic technology can be credited for a large part of this. Clear aligners may be precisely what you need…

Orthodontist Treatment Options For An Overbite

An orthodontist can help to fix bite issues like an overbite. The term refers to your upper teeth extending further past the lower set. The condition is commonly referred to as “buck teeth.” How far your top teeth protrude further than the lower set determines the severity of the condition.An overbite should not be confused…